It was a fine, sunny summer day. A brisk breeze helped Lanius along as they made a short glide down a gentle hill in the Patchwork Meadow. They had decided to take a short break from their lab work while the season was still nice - the chill of fall was already in the air. A short adventure to stretch their eight legs and wings in the Patchwork Meadow would do nicely. Alighting on a path, they trotted along, enjoying brushing the late summer prairie flowers with their wingtips. A common milkweed that was beginning to seed burst open at their touch, and soon, hundreds of fluffy seeds were drifting through the air.

The sun was on their wings, and all and all it was a very pleasant day, lazily watching the seeds drift off to new horizons.

Suddenly, their eye caught on one of the fluffy seeds, which had gotten caught in a spider’s web.

“Oho! Look here! What a fetching Argiope aurantia!” Lanius said, their ears perking up as they saw the spider that came with the web. They peered at the large black and yellow arachnid, sitting in her web between the prairie grasses. Her legs were long, striped black and orange, and she had a sleek silver head. Her web had a characteristic zig-zag pattern, and she was sitting at the end of it, her beady eyes pointed out and forward.

“How do you do, madam?” Lanius asked.

The spider looked up at them. “Am I really so old to be a madam?” The spider replied, shifting her many legs on her web strands. She seemed to be unphased by the fact that a Puppillar was talking to her. It probably took a lot to truly unsettle a spider.

“My mistake,” Lanius replied. “What are you up to today?”

The spider considered this. “I was just about to sit down to a meal,” she said, clicking her fangs. She trotted over to what looked like a fly caught in the web.

“Mind if I join you?” Lanius asked.

The spider considered this. “Acceptable. But know that I won’t share.”

“I find these terms agreeable,” Lanius said, sitting down beside her. They pulled out a peanut butter sandwich from their bag. Unlike the spider, they were more or less vegetarian.

The two ate in silence, which was, if not companionable, at least more or less pleasant. Lanius had talked to plenty of spiders before using their magic, and had some friends among the grass spiders in the bushes outside their lab, or the house spiders in the corner of their home, but it was always a treat to meet such a large and majestic spider out in the wild. Even if she didn’t have all that much to say.

“Thank you for the company,” Lanius said when they had finished eating. “I’ll send any flies I meet your way,” they continued with a wink.

“Please do,” the Argiope aurantia replied.

“And good luck with the coming winter!” Lanius said.

“I don’t know what that is,” the spider replied blandly.

With that, Lanius continued on the flower-filled path back to their lab, happy with their small adventure in the Patchwork Fields. 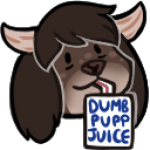 Just a little adventure ditty for Patchwork Fields event 3! Lanius meets a spider in the field. 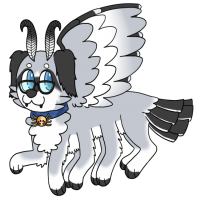 In the rich text editor:
[thumb=137]
In a comment:
[Spider Lunch by Shrike (Literature)](https://www.puppillars.com/gallery/view/137)
There are no comments yet.